At Spark Futbol we believe in developing the football player holistically. Bringing in experts and industry leaders to best assist and support our players and families in specialist areas.

From Sports Psychology, to Exercise Physiotherapy, Athletic Performance, and General Coaching best-practice. Spark Futbol's network and accessibility to some of the very best in their field, globally, is unrivalled. And our players and families get direct-access! 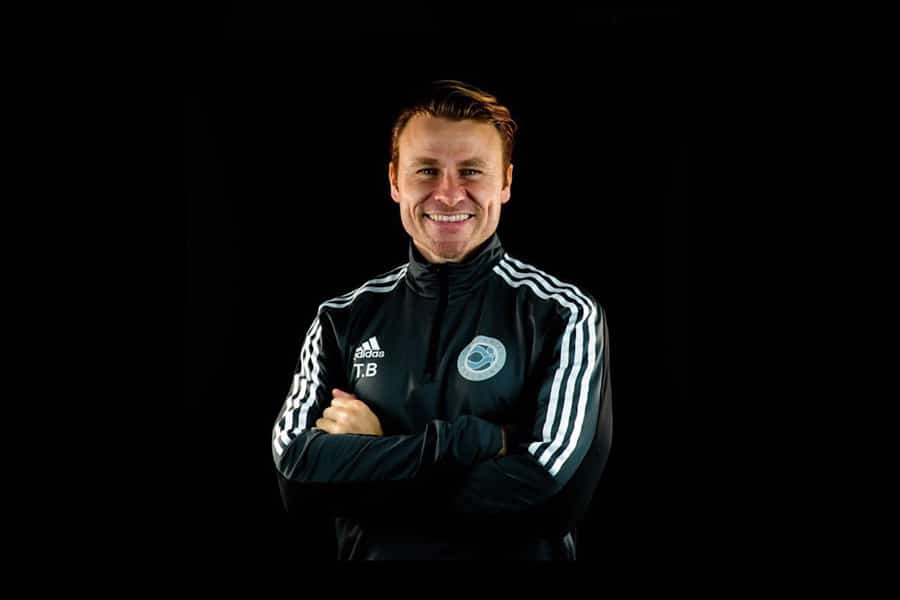 Over the last 15 years Tom has worked with youth and senior domestic international athletes, coaches, managers and teams helping them to perform under pressure and be at their best when it matters the most.

Starting his career at Cambridge United, Tom moved to AFC Bournemouth to work for the Centre of Excellence whilst completing his coaching badges (current UEFA A Licenced Coach). In 2008 Tom joined Birmingham City FC and moved to Premier League West Bromwich Albion FC in 2012 for 4 years until 2015.

In the summer of 2015 Tom took a senior coaching position with Brentford FC 2015-16 as first team performance coach before taking up an exciting position with Aston Villa FC as Global Head of Performance Psychology and Culture in 2016.

Tom’s work has extended into other professional sports working with Great Britain Basketball, Swimming, Boxing, Rugby, Golf and Fencing. During the summer Olympic Games of 2012 Tom worked with select Great Britain athletes to maximise performance under pressure engaging and applying Peak Performance Principles based on the Science of Psychology.

Tom has also enjoyed working with production companies and has appeared in numerous television and radio features worldwide including the BBC, Sky Sports, BT Sport, C4 and TalkSport.

Tom has now extended his work in psychology to executive business coaching seminars and workshops around the world. During these highly interactive seminars, exercises are designed to stimulate and inspire thought provoking leadership skills through focusing exclusively on the ‘management of self’. Will is an APA Sports & Exercise Physiotherapist with FFA and the Young Socceroos. Also working locally at The Sports Physio Clinic in West Pymble.

Not only does Will have a deep knowledge in the biomechanics and body. But has an extensive background in football. Both as a physio and former elite level youth player himself. Providing rare and invaluable expertise, guidance, and mentorship to our players and parents.

Currently working as a physio with the Football Federation Australia National Teams Unit. He also has experience working as the physio for Sydney FC Academy and Northern Tigers NPL Men’s Team.

Will also has an AFC / FFA C License in coaching. And has represented Australia at youth level as a player. Phil Moss, a former coach and teammate of Spark Futbol Founder & Director, Cam Jones, has not only coached at the highest level in Australia, but is also a two-time A-League Champion at both Sydney FC and Central Coast Mariners as current Socceroos Coach Graham Arnolds long-term assistant.

He is a former Olyroos Assistant Coach (also under Arnold), former NSL player with Northern Spirit, and the current President of Football Coaches Australia.

Needless to say, Mossy has a plethora of experience and knowledge to offer across all of our 4-Key Pillars of player development! Providing our players invaluable insights into what is required to make it to the next level in the game.